How to Deal with Buyer’s Remorse in Real Estate 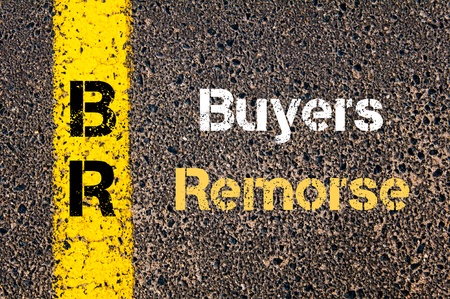 How to Deal with Buyer’s Remorse in Real Estate

Buyer’s remorse is not uncommon at all. Buying a house is a major decision and every person who has the mindset of an adult is going to question major decisions they make. They have fears concerning their finances and future, and that’s actually healthy. It prevents them from making decisions on the fly and considering all of the angles rather than making decisions based on things that aren’t really important. As a realtor, it’s your job to let them know how common this is and walk them through a few steps that will help them make the right decision in the end.

Sometimes people need to know they aren’t alone. You can explain to the buyer that many people experience this same feeling. You might even relate this situation to a decision about getting married, though you might want to avoid this route if they are recently divorced. Explain that any life decision this big is bound to cause a bit of anxiety. That doesn’t mean that they are making a bad decision.

Go Back in Time

Talk about why they chose this house to begin with. Point out that those things still exist. If there are elements about the house that they don’t like, address how those might be dealt with. For example, if they don’t like the fact that there are stairs in a house, you can discuss how this is a commitment and a great buy, but that in the future, when the kids are grown and moved out, they might actually make a profit off the house when they sell it and buy something smaller with only one floor. Just be sure to return the focus to the things that they loved about the house and which caused them to claim it as their own.

The buyer might still have the option of backing out. Talk with them about what might happen if they do back out and what they would look for in the next house. If possible, reveal some of the ways they might incorporate those elements into the house they are set to buy right now.

Sometimes it helps to write things out, so you might sit down with the client and list the pros and cons as they see it. Make a special note in any areas where the cons are going to be the same in any house they choose. Encourage them to take the list home and consider it before making any kind of decision to back out of their existing real estate transaction. Sometimes they just need a bit of time to calm themselves down and see all the potential that their new house has.

Related Articles
New Jersey Real Estate Market Selling Your North Jersey Home During the Holiday Season If you are eager to sell your home but think that it would too difficult to do so during the holiday season, fear not. Though it may seem like an impractical time of year for real estate, holiday time and wintertime can be great for selling and buying homes. At CENTURY 21 Cedarcrest Realty, we […]
New Jersey Real Estate Agent Cedarcrest Realty Offers Training and Support for Real Estate Agents at all Levels of Experience Real estate brokerages may seem pretty much the same to most consumers. But for real estate agents, there are significant differences working at CENTURY 21 Cedarcrest Realty. It’s all in the training and professional development the brokerage provides. John Sass, broker owner of Cedarcrest Realty, knows how important training and continuing education are in real […]
New Jersey Real Estate Spotlight on . . . Mannie Rodriguez, Director of Growth & Career Development In August, CENTURY 21 Cedarcrest Realty welcomed Manuela “Mannie” Rodriguez to our team as director of growth and career development. In her role, Mannie will recruit new real estate agents, and oversee their training and professional development. Mannie has nearly 20 years of experience in real estate as an agent, trainer, recruiter, and office manager. […]